General DiscussionIssues I have while playing Warlock. 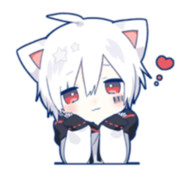 Can't tp to a lane to save a teammate in the early game. Shadow word is good for heroes that play safely. His skills costs a ton of mana. He needs levels but can't get them solo anywhere on the map safely (No nukes to clear creeps, bonds is good but that shit is slow.) Not to mention with the range of your skills you'll be constantly out of exp range in a battle. I mean it makes no sense for a Warlock to be in the middle of a fight. He can basicly run home after his drop his ult and bonds because he's no longer needed there, what is he going to do anyway? Shadow word his way to victory?

I still play him despite all that, simply because he's cool. what is he going to do anyway?

get in xp range of the fight..

u get lane xp when ur mid or safelane rotates into the jungle, with book ur basically guaranteed a non garbage 6 timing Shit hero in this meta, cant trade with double enemy offlane, long CD ult, cant protect from harass, stick with Io, Lich, Dazzle, WW, maybe WD because maledict is back, every maledict should be a kill in laning stage.

I dont play warlock, but he has 53% winrate in legend bracket, so not sure - maybe you need to adjust your playstyle.

I played against him recently and it is so annoying hero - he just outheals you, you cant keep enemies low, so carry can be farming pretty safely. At the same time fatal bonds just pushes the lane and take even higher toll from enemies HP.

What I do as support with no kill potential (just due to the tankyness of enemies or carry without damage) - just keep double pulling - put pressure on enemies (word, bonds), force them back and just keep farming camps - fatal bonds will naturally push the wave (and do damage to enemy), your carry will have solo XP and gold under tower and you will be leveling decently as well. It is boring way to play, but it is quite effective. Enemies would have to have really strong lane to be able to contest every single pull you have and your main goal (free farm for carry) will be achieved as well. he has 53% winrat ein legend bracket because people are too dumb to not sit 5man on top of each other and often games go really late without any reason.

@Talker
Pulling is pretty standard for all safe lane supports. I'm not talking about how to play him. I'm saying there are better heroes. Like what Marko said, Io, Lich, Dazzle & Winter Wyvern are better at doing these kind of safe lane babysitting stuff not to mention they're able to setup for kills when needed. You can't really do that for warlock. Any skilled player could just calculate the DoT damage from your heals to decide if they're safe enough to go for last hits or just bring more regen like an offlane should.

You are saying that like you are in divine bracket or like he is. :) All three of us are around 3-3.5k. i hope you do not run Warlock as pos5, he is pos 4 that also gets away with having zero items and yet great fight contribution. Also as a pos 4 you should be paired with a strong pos 3 and his aggressive play should be enough for you to not lose the lane.

@ hanen - the topic is "issues I have playing warloc", so I am talking about our bracket.

Yes, there are better heroes. There will be always better heroes unless you play only meta heroes. This is just what it is – and there are still heroes who are out of meta and are winning – like OG showed in TI8 and as is shown on pretty much any event..

But Warlock is still viable hero based on his winrate, he is not in trash state like Storm, puck, lina etc. And tbh, you can be playing your favorite heroes anyway and perform well with them - my most played heroes (WR and Medusa) were trash with something around 40% winrate, both in bottom 5 in winrates for most of the time I was playing them and I was still able to get over 50% with WR and almost 80% with medusa. At the same time you can trash any hero with proper pick – lifestealer is supposed to be amazing and WR offlane just fucks him up completely.

And skilled players can calculate DoT damage? Not really, most people don’t play warlock and will not calculate if it will kill them or not even when they are running. You are talking about legend bracket, not about pros. And it is not just about dying on it, it is about not being able to threaten to your core just because you eat through their regen and your core is safe.

Btw based on your comment – it was always the same on warlock, so why is it now the problem for you? He was never hero to setup kills, but babysitter who just outregen enemy heroes and eventually win the lane by this.

Mid warlock should get more love. He's average. Just need a little tweak on the talent tree and he'll be OP again.

@Kotato
Well sometimes you just have to, especially for me since I only play Warlock now, it's not really about winning, it's more about the challenge to see how far I can take things with him. I find myself enjoying him a lot more in pos 4/3 but that rarely happens in pubs. Everyone just expects me to be pos 5. There are some really niche items for pos 5 though like urn with Shadow word just does insane amounts of damage for it's cost, medallion is great too.

@Talker
Tbh, I just saw a post of Reddit about why warlock was not used more often & I figured it might be a topic I can explore on here. It was to discuss the cons of warlock & why I find him bad even tho I play him often. I have found ways to get past most of these issues I faced. I'm just stating some of the most obvious flaws I found.

I also kinda low key wished he was in the meta so that more people would talk about him because right now there's just really little information about this hero. Every other guide just tells you to get aghs refresh core, which is the most ideal but not super practical as a support.

I find myself enjoying him a lot more in pos 4/3 but that rarely happens in pubs. Everyone just expects me to be pos 5.


that is just like complaining that you go to play PA offlane or similar position mismatch. Cant you be more Alpha and Just set your hero on the offlane and write "POS 4 WARLOCK PLEASE, IZZY MMR". Works well with my silencer pos 4 (silencer now is not pos 5 either) i like him actually. i do believe he should be more popular.

@Kotato
I'm not really complaining about being pos 5 I like exploring the different roles of warlock. Tbh I sometimes out farm the pos 3/4 even with wards and dewards which sometimes makes me wonder if they really know what they're doing. Silencer's another one of those underrated heroes. I like seeing more underrated heroes get in the spotlight.