What Can We Learn from ESL One Mumbai? ESL One Mumbai couldn’t boast having the best teams in the scene or the highest level of Dota. Keen Gaming aside, all teams at the tournament could be considered Tier 2 and below, but this also made stats from this tournament a lot more applicable to high level pubs. Today we are going to have a quick look at new meta developments in the patch that didn’t make the cut for Top Tier heroes in their respective positions a couple of weeks ago.

Predominantly appearing as a position four support, Earthshaker is a decently beefy, decently speedy roaming support with good catch for early skirmishes and amazing lockdown in the later stages of the game.

He previously left meta because of how important the laning stage was and how hard it was to apply continuous pressure as a melee support with long cooldowns, but has returned in force since then. Extra two armor given to the hero in 7.21d made him a lot tankier, while 310 starting movement speed allows for good trades even against ranged opponents.

Landing good fissures and finding good rotations is still mandatory for the hero to hit his Blink timings while Echo Slam still makes a difference damage-wise, but even in the later stages of the game the sheer amount of control the hero provides justifies picking him, especially if Nyx Assassin is either out of the pool, doesn’t fit your lineup or will have problems against enemy heroes.

The new 2-0-1-0 build by level three reinvigorated Jakiro players who often felt their hero wasn’t having enough impact during the laning stage. Dual Breath might not be the strongest or the most mana-efficient level one skill in the game, but it is incredibly annoying to deal with—AS reduction ensures that the enemy can’t stand and trade, while fleeing is much harder when you are slowed.

On top of it, the hero is incredibly tanky for a position five. Almost three armor and almost 750 HP at level one make the hero decent at trading or, more frequently, allow Jakiro to shrug off harassment and concentrate on denying in lane, while his skills are on a cooldown.

Game-wise, crowd control coming from Ice Path can’t be overestimated: the skill is usually maxed out once the laning stage is over and it offers long range catch, area denial, teamfight disable and can be used as both a follow-up and a set-up.

Valued by teams in all regions, Doom is one of the heroes who received nerfs in 7.21. His Strength growth was increased, but regeneration from Devour was nerfed and for a period the hero completely left the meta. Currently he is considered first pick material with 92% contest rate.

It is hard to give a definitive answer as to why the hero is currently significantly more popular. Perhaps slower games really benefit a hero who has no problem contesting the top of the Net Worth chart and build aura items for his team. Perhaps a well-rounded frontliner is exactly what most teams are looking for in their offlaner. Perhaps versatility in Devoured creeps that can allow Doom to choose between a stun, a root, a purge or extra team damage is something worth mentioning.

All we can say with absolute certainty is that Doom is definitely worth picking. He is probably outclassed by Mars in AP pubs, but if played smartly can be a great addition to any team and flexibly provide whatever is necessary.

A hyper-aggressive damage dealing mid with good attack range, massive amount of spell damage and decent scaling describes several heroes in the current mid meta, but Lina is the most popular with the professional players.

By continuously landing LSA stuns, or at least zoning out the enemy attempting a last hit, she can take over the lane with relative ease against most conventional matchups. The extra range on auto-attacks also allows her to survive most unfavorable matchups and catch up in the jungle later on. All of that gives hero consistency, highly valued in the professional scene.

Is she a good fit for the pub meta? Against squishier heroes with high armor, such as Morphling or Terrorblade, Lina can be devastating in the first 15-25 minutes of the game. With a successful start, professional teams will almost definitely capitalize on an advantage and at least take control over the map, keeping the opponent afraid and underfarmed. Higher level pubs will probably do the same, since the concept isn’t new or particularly complex.

For players in the 4k+ bracket, Lina in the right game can be an absolute monster. For players below 4k, with slower paced games, going for less “high risk high reward” hero is probably preferable. Lina scales incredibly well in terms of her damage output, but she will die in less than two seconds in the late game if she gets out of position. And unlike heroes like QoP, Ember Spirit or Storm Spirit, she doesn’t have an innate escape. Numero uno! hmm I always thot es was a mainstay... doom better picked when grimstroke in the team, that double doom soulbind is a nightmare in teamfight

Tldr is too short "Doom is one of the heroes who received numerous nerfs in 7.21. His Strength growth was decreased"

Fake news. His strength gain went up in 7.21 from 3.5 to 4.0. Can't take an article seriously if someone doesn't fact check.

Does anyone find it weird that valve has removed io from captain's mode for a very long time and does not seem to be intending to add it back any time soon? 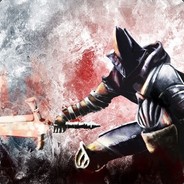 Learned that EE is a trash human being

You must be new to the pro scene somehow. Is there any way to close these video ads? Ever since Dotabuff added the videos ads, it makes me want to come here so much less now :( i learned to never trust EE For what it's worth, 2-0-1 is what any Jakiro worth their salt has been going for a long time. Otherwise pretty good sumup of the most busted heroes