Is Support Visage Back?

Support Visage is a concept that has been virtually ignored for many years now. Back in the day of trilanes, it was one of the scariest things you could go up against, but through direct nerfs and changes in the meta, Visage was first tamed and then repurposed for primarily mid play. Today, we would like to have a look at whether there is perhaps a place for Visage in the support role and if so, how would it work?

One of the things that killed Visage as a support was a massive increase in Soul Assumption mana cost. At one point it was increased to 200 mana and fluctuated between 150 and 200 ever since. Now, at a much more reasonable 125, Visage can now use it three times before running out of mana and given how it is a potential ~250 damage nuke at level one, this change should not be underestimated.

As long as damage is being dealt in lane and as long as Visage has mana, he will be able to output a tremendous amount of damage. It is possible in an aggressive dual lane, through consumables and smart trades, but it might be still at its best in a trilane. Though we are not entirely sure trilanes are going to be a thing.

Can trilanes be a thing?

Technically, there is little preventing teams from experimenting with trilanes. As long as your draft can dominate a lane, you can ensure that the enemy core gets very little. At the same time, the deny XP reduction isn’t so punishing that a solo offlaner will get completely thrown out of the game. Moreover, most currently popular offlaners do have a jungle recovery option.

On the flip side, there are many risks associated with it. While a trilane with Visage is very unlikely to outright lose the laning stage, it can still not go as planned. To make it pay off, you need to dominate the lane. Otherwise, slowly, a dual lane will outlevel your trilane and that can result in some very big problems down the line.

Moreover, just like offlaners, many carries in the meta have jungle recovery options. It is not ideal for them most of the time, but it is viable. Make sure you are not playing against one of such heroes, if you are attempting to trilane. Heroes like Spectre and Faceless Void, the slow and greedy cores with limited recovery potential, are the primary targets when it comes to aggressive trilaning.

Overall, there are definitely pros and cons to attempting a trilane setup, but we believe that there is a non-trivial subset of games where it can be the best option. It is unlikely to be the default any time soon, but we can see how it is worth considering and discussing with your team in some games.

We’ve touched on the idea of greedier meta several times in our posts already. Heroes like Faceless Void, Spectre and Medusa are fully back in the game, while greedier supports feel a lot more impactful to play. Visage is the definition of a greedy support.

Unlike many greedy supports, Visage can scale with levels alone, meaning the hero doesn’t really need any alone time. As long as he has enough sustain to keep spamming Soul Assumptions, he is ready to play around one of their cores and keep on applying pressure past the laning stage.

Level one familiars are very far from what they once were when it comes to damage output, but they can still ensure two seconds of stun and some zoning potential. This allows a good Visage player to simultaneously attack a priority target, while also preventing or at least delaying help from their allies: oftentimes, when attacking core enemy targets with decent armor, level one familiars deal no damage and are best used as extra control.

Later in the game, especially if Visage had a decent start and played actively without dying too much, his familiars do end up becoming a force to be reckoned with. Come level 12, they essentially mean that Visage is going to be the alpha support on the field: no other support would want to meet Visage one on one, while on a warding mission.

When starting this post, we were looking for an answer to a question of whether Visage can be played as a support and the answer is yes. There is nothing wrong with doing so and the hero brings enough lane presence and utility to be played in this role. This doesn’t mean the hero should be played as a support: at the end of the day Visage is still an excruciatingly difficult hero to master.

Over the years, Valve's been really on point with matching hero power level with the increase in player skill, making difficult-to-execute but powerful heroes slightly weaker. Visage, in the right hands, is on par with other support heroes in the game, but not necessarily above them. Looks like no one cares about support visage. Sad gargoyle :(

da birb shall be back Given how well the hero scales with levels and how flexible his itemization is, you're giving up a lot by playing in a trilane or as a support.

You'd need one of the other trilane heroes to be making space and taking less farm from minute 6-8 towards minute 14+ to enable your game plan to work. The natural choice for such a sacrifice is an offlaner who only cares about laning stage items before getting very active with a 3-5k networth. The problem is, most heroes who'd care about that value the exp just as heavily as you do.

You also introduce substantial vulnerabilities into your lineup unless the other support is easily able to TP to defend your two solo players, but if that sequence is forced you're Visage +1 and this overloading one lane is unlikely to payoff in a way that you'd like.

It's more likely to work if visage is playing as a 5 against a relatively weak offlane, with a 1/2 who wants to be very active in the jungle or around the map. This frees up a solo lane to allow Visage to hit 6 and start pushing towards level 12 for a big power spike. Ofcourse if you're doing this, you're really playing Visage as somewhere around a 3.5 in terms of farm priority and he's going to be a critical part of your objectives in the game. 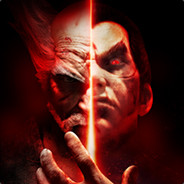 If you high, the symbols next to KawaiiSocksz name spell DOTA in a abstract way