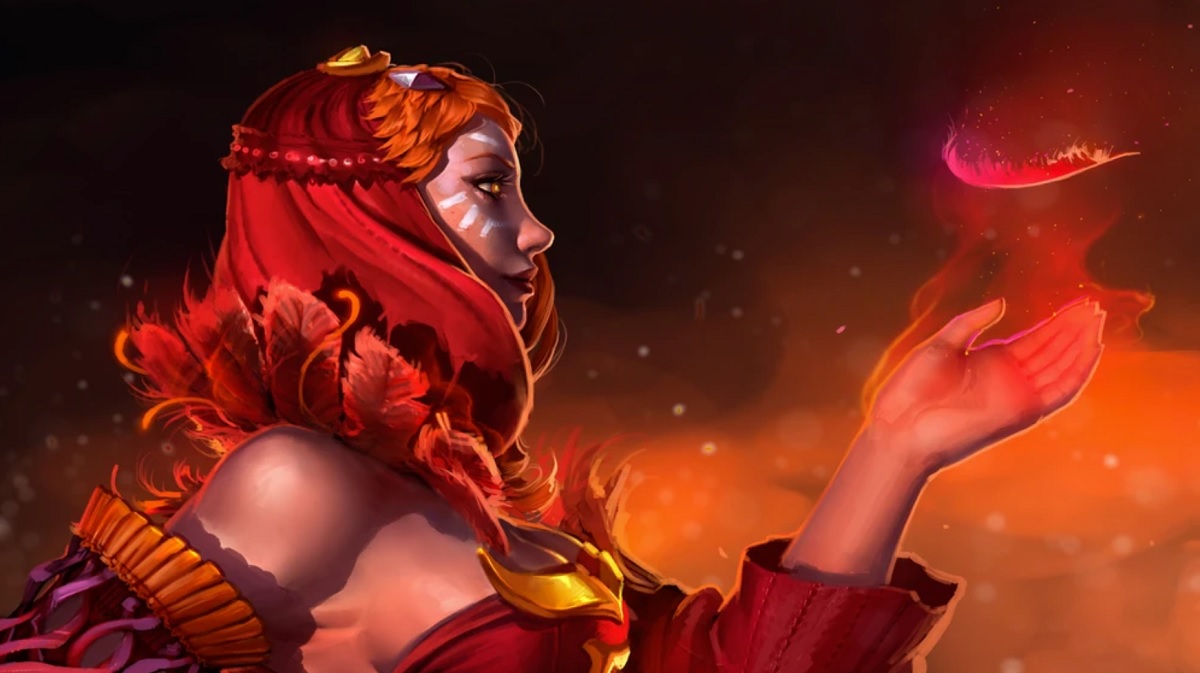 Image by Melchiah and UC

Lina is the number one carry of the patch and it is not even close. Great laning stage, high farming speed, impressive scaling and flexible builds make her a little bit too strong in the current patch. Strong, but not unbeatable and today we would like to talk about how to deal with Lina.

One potentially exploitable quirk of the hero is that she is usually picked in the second phase and sometimes even the first one. There is time to adapt to her pick.

In lane, she is often paired with midgame melee supports like

Nyx Assassin, who are often picked in the first phase. They typically have a poor laning stage when it comes to trades and in situations like this

Axe is amazing. He gets to ignore the lane come level two or three, and just go behind the tower and pull creeps towards the neutral camps. This accelerates his farm immensely.

Similar concepts can be applied to

Dark Seer, though they usually need slightly more levels to go for such plays. The latter is also not necessarily the best hero to have against Lina in the later stages of the game, but the farming speed can still be utilized to great success.

By going this route, you do not “counter” Lina’s laning stage: she will get an absolute free farm in lane. But you will have a timely response with a very strong, aggressive hero who gets to farm more than Lina and will have much higher tempo.

Pugnale del Baleno and have an absolute field day across the map. Again, not necessarily countering Lina directly, but rather making sure that she doesn’t get to play around her teammates.

Once you have an extra item, such as

Cotta di Lame on Axe, you can go for Lina kills, but it is not necessarily the best course of action. When you have tempo in the early game, going for objectives, restricting the map for the opponent and making sure you progress towards victory is usually the more reliable play.

Lina is a glass cannon. She starts off pretty squishy and continues to be squishy until the very late stages of the game, where Satanic is usually her durability item of choice. Multiple heroes can exploit that squishiness very well.

Most notably, there is

Phantom Assassin. The dynamic between her and

Lina is a bit weird, since Lina can go for an early

Bastone del Re Scimmia, but it is still very much initiation-favored until the end of the game.

If Lina gets to open up on PA, with correct items she can absolutely melt her over the duration of her stun. If PA gets to jump Lina with BKB, she will usually need a crit or two to seal the deal. With access to Blur on PA, though, getting the jump should be much easier and it is reflected in Lina winrate: she only wins 47% of her games against Phantom Assassin.

Chaos Knight. All three are high physical burst heroes who prefer to jump in on a target, deleting them in the process.

Of the three Ursa is definitely the most meta-friendly, being one of the better carries for the laning stage with built-in objective taking. Don’t sleep on Chaos Knight, though: most pro players just spam Phantasm off cooldown, solving the farming speed problem the hero used to have.

Sven is probably the most niche hero of the bunch, but we feel like he is criminally underrated. His farming speed is very high, he can deal a good amount of damage throughout the game and his laning stage is pretty impressive: the level one stats on the hero are among the best in the game.

More importantly, though, with Shard and Warcy, he can provide his team with an insane amount of extra Armor. With the current meta revolving around heroes like

Shadow Fiend, being extra protective of your supports makes absolute sense. We feel like a well-played Sven can mitigate a tremendous amount of damage in teamfights, turning “one-shot” kills into prolonged fights where his supports get to use their spells multiple times.

There are several items to consider against Lina. First is a forgotten

Patto Spettrale. The item is a far cry from what it used to be, but it is still a great Armor aura and a strong Physical damage mitigation tool. We understand why players are hesitant to use it, but we feel like it is still being undervalued.

Another option is a recently buffed

Protezione Cremisi. Lina hits very fast: she gets +385 AS from Fiery Soul, basically making her a better

Troll Warlord. However, she doesn’t really hit hard before getting Crits, be it

Dedalo. 75 Damage Block can go a long way in preventing allies from going full to zero over the duration of a stun.

The regular save items in

Bastone della Forza also go a long way, but we would like to highlight

Stivali del Protettore, which is currently among the most popular items in the meta and for a good reason. It has an insanely good Aura that now activates much earlier. It provides the bearer with a dispel and the clutch heal can sometimes allow teammates to use their priority spells for a turn-around. plz do not recommend wraith pact vs Lina lol just get a halberd CC is very effective against lina, who is reliant on being able to act safely. Lina always has bkb but against aggressive blink-stuns it is usually not possible to use before stun hits and 90 second cd is long anyways. For a glass cannon hero like lina one stun is instant death. This is especially important because lina is slippery and will have few to no deaths otherwise, always escaping fights. Normal CC is not so good for lategame due to the bkb and satanic combination lina almost always uses these days(bkb stops stuns and is always available in late game while hp from satanic often saves from burst and allows a turnaround), but options like fiends grip on bane and berserkers call on axe are very strong throughout the game both going through bkb and lasting long enough to prevent lina from using satanic before death. However even if normal stuns don't scale they stop lina from growing big in the first place either winning early or softening lina's lategame to be not so scary. As with any carry every death slows your ramp and for lina the deaths come very easily from simple stuns. Crowd control:) effectively stuns, roots and other forms for lockdowns.